The first four days in Paris

I have been in France for just over two and a half weeks now and so much has happened in that time. It has been pretty intense to say the least. The first four days was a mixture of the usual highs and lows dealing with jet lag, culture shock, language and accommodation challenges along with some divine, mind-blowingly beautiful experiences with so many friendly French people and such picture post-card beauty everywhere. 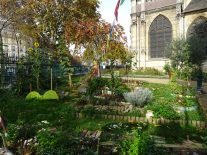 The pop up community that Margi and I are booked into for the duration of the COP21 is located in Gare du Nord. We stayed there for the first two nights to get acquainted with the place and the area. Great wide streets to wander down, autumn leaves still clinging to the trees; mild air and sunshine and wonderful old buildings; churches, impressive railway stations, cyclists, traffic, cafes, markets, gardens, a canal near-by, the ambience of city life. 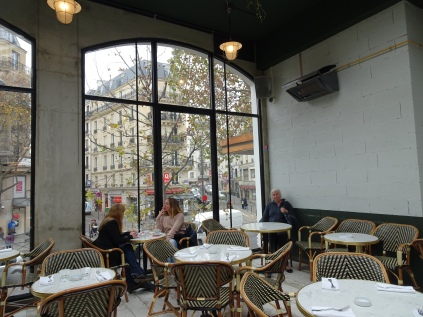 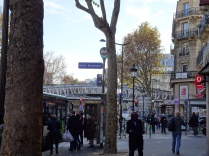 We moved to “Friends”, a backpackers opposite the metro station of Barbès Rochechouart. It was full of vibrant art and wall graffiti and was indeed a very friendly and accommodating place in edgier area – with Montmartre just up the hill in one direction and a Haman Steam bath a couple of doors away, the street life was multicultural, strong and crowded. We went looking for a Laundromat and found a little café tucked away inhabiting that same spot for many decades. 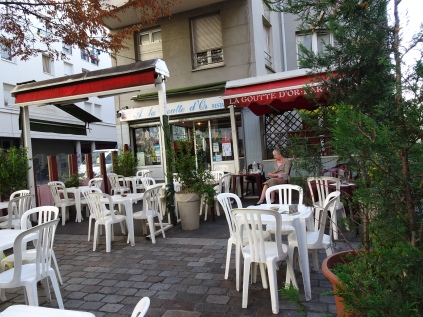 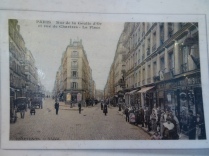 That I had my wallet stolen on the third day in was a blow but I took it as part of travelling and, after all, the pickpockets on the Paris Metro are meant to be amongst the world’s best so I didn’t beat myself up too much. The protracted administration consequences though …. Mon dieu!!

Continuing on our way to find the spa and sauna we were looking for – a very nice way to finish a challenging day – we walked through one of the wealthier areas of Paris, past a beautiful church, wide autumn avenues and passed the Lycée Pasteur – a French state-run secondary school in Neuilly-sur-Seine built in 1914. Jean-Paul Sartre taught Philosophy there. 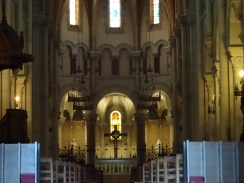 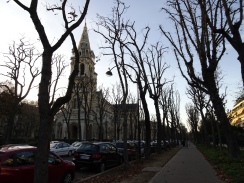 Day 4. PlaceToB had organised a meeting for the Tuesday night so we caught the train from Barbès and arrived early for the opportunity to meet our compatriots and find out a bit more about what was planned, who was involved and what we had to look forward to. It was great to put faces to names and feel the enthusiasm and eager anticipation of what was to come – all the planning coming to fruition, the huge march anticipated to fill the streets of Paris (little did we all know …. )

The big surprise at that meeting was the news that James Hanson would be speaking at one of the evening events early in our schedule. A courageous scientist who alerted the world to the crisis and impending catastrophe long before the world was willing to listen, Hanson was defunded and lampooned for his efforts to get the truth out. To have a look at some of his most recent and most compelling work visit the Climate Science, Awareness and Solutions Program website at the Earth Institute, Columbia University.

2 Responses to The first four days in Paris